Posts from the Social Media Category

Inspired by the great pictures of food that people tweet using services such as TwitPic, myself and some friends have collaborated on nom.ms, a photo-sharing site especially for food lovers. With nom.ms, you can Tweet what you eat – and share recipes and restaurant info – simply by sending a photo of some food to [email protected]. And to sign up – well, do the same thing: send a photo of a dish to [email protected]. Once you get your nom.ms account hooked up to your Twitter account (we wouldn’t dream of asking for your Twitter password), we’ll start tweeting the subject line of your e-mail. The body will be used as a description for your nomm. Start nomming some nomms today, and tell your friends so you can nomm nomms with them, too!

I love social networking sites like Twitter and Facebook, but they send an awful lot of notification e-mails. I get an e-mail every time someone comments on my blog; I get an e-mail every time someone follows me on Twitter. On my birthday, I got 63 e-mails from Facebook! Now, I’m not complaining about getting birthday wishes, and I like to review these other e-mails from time to time; but filtering them into little folders off to the side of my inbox is just too distracting. I want my inbox to have IMPORTANT STUFF in it, and I don’t want the tempation to poke around in these little folders every once in awhile.

END_OF_DOCUMENT_TOKEN_TO_BE_REPLACED 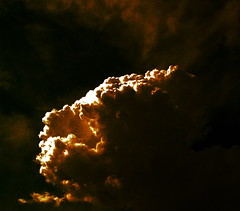 Twitter is all of the rage with the kids these days. No kidding. It’s all the rage with the webcocks* too. Here’s how to kick ass with Twitter, without being a webcock. These tips are written with the assumption that you are using Twitter for marketing purposes and want to be seen as influential, interesting, and helpful. END_OF_DOCUMENT_TOKEN_TO_BE_REPLACED

Many web applications suffer from feature bloat. Their Product Development teams fall victim to thinking that just because one, or even two, or even three users suggest a feature, that it should be implemented. The result is a more complex application that requires more development time, more stuff that can go wrong, more maintenance. How do you prevent this problem? END_OF_DOCUMENT_TOKEN_TO_BE_REPLACED

How many times have you gone to the sandwich shop and been asked, “what do you want on your sandwich?” It’s a daunting question, and Breadless.com is here to help.

Do you know David Kadavy?

With the internet, anyone can become a star overnight. Kadavy.net has been around for more than four years, so surely everyone knows David Kadavy. Let’s go to the streets to find out.

END_OF_DOCUMENT_TOKEN_TO_BE_REPLACED

The main problem the beginning Twitter user encounters is that they can’t manage all of the activity on their cell phone. Once you are following a few people, the number of updates coming to your phone will be overwhelming. Many people end up turning off their updates to their phone entirely – and then probably abandoning Twitter altogether – but it doesn’t have to be this way! You can still participate in Twitter and have the relevant stuff go to your mobile device while the less critical stuff is waiting for you on your Twitter home page. END_OF_DOCUMENT_TOKEN_TO_BE_REPLACED