Posts from the Society Category

The Books of the Decade

While the 00’s are being called a lost decade for the US economy, there’s no doubt that it was a decade of incredible changes in technology, communication, and the way we see the world. I’ve compiled a list of my favorite books that define a decade that was full of exciting changes for the world, as well as for myself. I have to admit that sometimes difficult to separate the enormous personal changes I experienced in this decade – which was a coming of age one for me – from those of the world. Fortunately, they aren’t mutually exclusive. So, here they are: the eight books that define the decade, in an order that seemed intuitive to me. END_OF_DOCUMENT_TOKEN_TO_BE_REPLACED

What are your Eight Life Hacks? 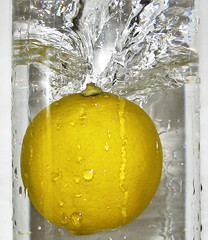 Remember my Eight Life Hacks for Health Wealth & Happiness? Well, Brea Grant has made her own list of things to do to keep your life happy and simple. END_OF_DOCUMENT_TOKEN_TO_BE_REPLACED

The Best Investment You Can Make 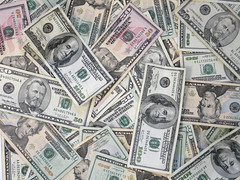 When I was a young professional working in Omaha, Nebraska, I was in an environment that stressed living life by a bit of a template. Thus, as a college graduate, I was constantly admonished to take one of two obvious next steps in life: buy a house. If I had a dollar for every time I heard the expression “a house is the best investment you can make,” I probably would have had enough money to, well…buy a house. If Hallmark made a greeting card for the relationship, I heard it from that person: my parents, my coworkers, my boss(es), many of my friends, and even my auto mechanic. END_OF_DOCUMENT_TOKEN_TO_BE_REPLACED

The DIY MBA: Testing the waters

I want to learn more about business. Many people, in this situation, would decide to go to business school. Some people suggest “just start a business. Do it! And learn that way.” I do try that, but without some way of building cognizance, how the hell are you to know what to do?

END_OF_DOCUMENT_TOKEN_TO_BE_REPLACED

Be Cognizant. Make Your Perfect Salad 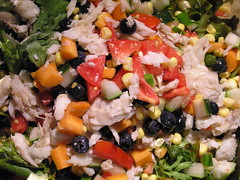 Lately I’ve been fascinated by cognizance. With the increased freedom of what we have to do with our time and money these days – so much of what we do with those things is limited by our cognizance of them. We don’t become cognizant of something until our surroundings and experiences that envelop us introduce it to us. What we are cognizant of drastically dictates what we do day-to-day.

END_OF_DOCUMENT_TOKEN_TO_BE_REPLACED

“There are many interpretations about what happened on this stage yesterday, but it’s reflective of how new media is changing every process that we are used to.”

2:08pm Sia’s “Breathe Me” is playing over a montage of postsecret postcards (above). A brilliant quote flashed across the screen from Frank: “there are two kinds of secrets: those we keep from others, and those that we keep from ourselves.”

2:11pm He’s talking about some of the variety of secrets that he’s gotten: one on a Rubik’s cube that was mixed up with a secret on each side. One secret: “I passed her at the store the other day. I almost had his child. I wanted to tell her.”

Some of the ones that he just got from conferencegoers. “These web celebrities have never worked with clients.”

“My company sent me to SXSW, but I came here to find another job.”

“My company sent me here to steal ideas from startups. I’m pretending to be a freelancer.”

2:20pm He’s started talking about how he started Post Secret. He said it started with an exhibit. He handed out cards in DC, saying “you’ve been invited to participate in a community art project. Send your secrets to this address.” But, after the exhibit was over, he continued to get post cards.

He told a story of a music video that wanted to use post secret post cards in exchange for $1000. He refused and instead granted them the permission if they would donate $2000 to a suicide prevention hotline. He played the video “Dirty Little Secrets,” by the All-American Rejects.

He’s talking about the most gratifying moment he’s had in his time during Post Secret. He saved a national suicide prevention hotline by posting on post secret and getting readers to donate $30k.

A postcard: “I tell myself that one day, after our spouses die and we’re like 80, we’ll be reunited”

He’s talking about the barcode sticker that is on some post cards. Some readers want him to remove them, but he likes how they give a sense of the journey that the secrets take to his mailbox.

He’s reading from one of his books about someone who posted a secret inside of a bathroom stall. She came back later in the day and saw at least 10 other secrets posted there, all on pink post-it notes.

2:40pm He tells a story about how his father, for the longest time, couldn’t understand why people would send in post cards. He ended up flying his father to see one of his exhibits. On the way home in the car, his father ended up telling him a secret from his childhood.

A proposal!
Some guy just got on stage to tell a secret, and said “Natalie Thai (sp?), will you marry me?” There was a long pause, and a girl came all the way from the back of the ballroom, and walked slowly up to the stage. He said “hurry, I’m shaking up here. There’s alot of people.” She came up on stage and simply said “Yes.”

From the audience
“When I was in fifth grade, I thought I was retarded and that my parents were paying everyone to pretend that I wasn’t”

A questioner brought up a point that we are perhaps experiencing an authenticity revolution, and Post Secret is evidence of that.

A questioner asked what he would do if he received a secret admitting to a really serious crime. Frank says that he doesn’t get many like that, but on the back of one of his books there is one that says “he’s been in jail for 10 years for something I did, and he has 5 more to go.”

A questioner asked about how many secrets he thinks are actually true. He’s essentially saying that a piece of art can be good whether it is true or not – Fiction vs. Non-Fiction books as an example. He’s also saying that there’s a little bit of truth in any secret.

Another questioner is bringing up the issue of truth again. He’s reading a post card “the secret I sent you last week was true, and now it’s not.”

2:58pm A girl is up there at the microphone crying, she says she has a secret. Her sister is sick and she is worried she might die. She would like for people to leave comments for her sister at her (her sister’s) blog. Dang, I missed what the address of the blog was.

The girl came up on stage to give Frank a hug. The End.

Thomas Jefferson reminding his nephew to walk. Found in his Life and Selected Writings. I think it’s ironic to look at this today, seeing that he smites the Europeans for the horse.

“…Walking is the best possible exercise. Habituate yourself to walk very far. The Europeans value themselves on having subdued the horse to the uses of man; but I doubt whether we have not lost more than we have gained, by the use of this animal. No one has occasioned so much the degeneracy of the human body. An Indian goes on foot nearly as far in a day, for a long journey, as an enfeebled white does on his horse; and will tire the best horses. There is no habit you will value so much as that of walking far without fatigue….”

Friends of David Kadavy, rejoice! Given my current living situation, I was finally able to accomplish one of my life’s dreams. It’s been a long and hard road, but I made it! I am finally free…