Posts from the Books Category 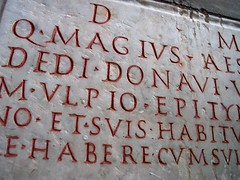 Today I am going to share with you my biggest design secret. Well, I think it’s a big secret, anyway – it may not turn out to be that unique at all. It all began when I spent a semester in Italy, studying the origins of typography. I discovered the meticulous geometry and beatiful proportions behind the letterforms of Bodoni, the within the margins of hand-scribed Bibles, and in the architecture all around Italy’s beautiful cities. END_OF_DOCUMENT_TOKEN_TO_BE_REPLACED

UPDATE: Adelle’s site, Fuel Your Creativity, is the winner. Quite appropriately named, and full of great resources and inspiration. Check it out! 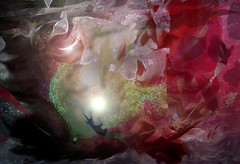 Thanks so much to all who chimed in on the creativity convertition! When I decided to solicit these ideas, I really wasn’t sure if I should expect to hear much of anything outside of my general understanding of creativity, but I really found some useful tips out of it all. Here are the 10 tips (in no significant order) that were 1) my favorite tips, in combination with 2) submitted by someone who invited – or at least attempted to invite, other people to participate. END_OF_DOCUMENT_TOKEN_TO_BE_REPLACED

UPDATE The finalists have been chosen! Thanks to everyone who participated. Vote (NOW!), but please feel free to continue the conversation in the comments below.

How do you keep yourself thinking creatively? Maybe you just go for a walk, you do some yoga. Maybe you spar at your local boxing gym, or fire a gun at a firing range. Maybe it’s a website full of inspiration that you visit, or a simple blog post somewhere that gives you inspiration. The best answer to this question will win a copy of The Guerilla Art Kit, by Keri Smith – which will teach you to start an artistic revolution through your creativity. Whatever it is, be creative – and share it with us. Here’s how the convertition* works: END_OF_DOCUMENT_TOKEN_TO_BE_REPLACED

The DIY MBA: Testing the waters

I want to learn more about business. Many people, in this situation, would decide to go to business school. Some people suggest “just start a business. Do it! And learn that way.” I do try that, but without some way of building cognizance, how the hell are you to know what to do?

END_OF_DOCUMENT_TOKEN_TO_BE_REPLACED

I think this was his way of suggesting that one smile. From his Compleated Autobiography.

There are two sorts of people in the world, who with equal degrees of health and wealth and the other comforts of life, become the one happy, the other unhappy. Those who are to be happy fix their attention on the pleasant parts of conversation, and enjoy all with cheerfulness. Those who are to be unhappy think and speak only of the contraries. Hence they are continually discontented themselves, and by their remarks sour the pleasures of society, offend personally many people, and make themselves everywhere disagreeable. If these people will not change this bad habit, and condescend to be pleas’d with what is pleasing, it is good for others to avoid an acquaintance with them, which is always disagreeable, and sometimes very inconvenient, particularly when one finds one’s self entangeld in their quarrels.

An old philosophical friend of mine, grown from experience very cautious in this, carefully shun’d any intimacy with such people. He had, like other philosophers, a thermometer to show the heat of the weather, and a barometer to mark when it was likely to prove good or bad; but there being no instrument yet invented to discover at first sight this unpleasing disposition in a person, he for that purpose made use of his legs. One was remarkably handsome, the other by some accident crooked and deform’d. If a stranger at the first interview regarded his ugly leg more than his handsome one, he doubted him. If he spoke of it, and took no notice of the handsome leg, that was sufficient to determine my philosopher to have no farther acquaintance with him.

I therefore advise these critical, querulous, discontented, unhappy people that if they wish to be loved and respected by others and happy in themselves, they should leave off looking at the ugly leg.

END_OF_DOCUMENT_TOKEN_TO_BE_REPLACED

The possessions that by far take up the most space in my self-proclaimed lifestyle of minimalism are my books and my records. Until now, I just had a crappy WAL-MART (yes, I went shopping there, but only once, I swear) shelf for my books, and a bunch of cardboard boxes for my records. Besides looking bad, this system also wasn’t very space-efficient, so, since I’m not going to convert my vinyl to CD anytime soon, I decided to search for something much less crappy.

END_OF_DOCUMENT_TOKEN_TO_BE_REPLACED

For anyone out there, such as single men, without much experience in the kitchen, I have a small but very valuable bit of wisdom to impart upon you. If you are using your stove, do not put any plates on any of the burners. There is a small chance that you have turned on a burner other than the one you intended – maybe even the burner you have placed your plate on. This will result in a loud sound that sounds like an explosion, likely caused by the aforementioned plate exploding all over your kitchen. Now that you have this wisdom, you will of course, not ever make this mistake, and if you do, you will understand what has caused this well enough to not absent-mindedly attempt to remove what remains of the plate from the burner on your stove, thus burning your fingerprints off.

END_OF_DOCUMENT_TOKEN_TO_BE_REPLACED

Natural Capitalism recognizes that there are four types of capital in a functioning economy.

“Capitalism, as practiced, is a financially profitable, nonsustainable aberration in human development. What might be called “industrial capitalism” does not fully conform to its own accounting principles. It liquidates its capital and calls it income. It neglects to assign any value to the largest stocks of capital it employs—the natural resources and living systems, as well as the social and cultural systems that are the basis of human capital.”

I have not read the book yet, but I imagine it presents even more working models of Natural Capitalism than even Amory’s lecture did. One good example was Interface Flooring (yes the same Interface Flooring that I created my first carpet tile sample rug from). When you think about it, you don’t want to own carpet. You just want to use it for awhile. Apparently Interface is now providing flooring services. They’ve developed carpets that can be re-manufactured with no waste. They install the carpet, come back every few months and replace the worn tiles (carpet doesn’t wear evenly, of course), and re-manufacture those tiles. The result is much less impact on the environment, and its even more economically efficient.

Amory Lovins also has a house in Old Snowmass, Colorado that has no mechanical (heating) system. Oh, and he farms bananas in that house, and his energy costs are negative…with technology that is 15 years old.

He is a brilliant speaker, and is clearly brilliant in general and I look forward to learning more about his ideas. I will keep you posted.

Alexander Payne’s “Sideways,” and JD Salinger’s “Catcher in the Rye”

In preparation for dressing up as Holden Caulfield for Halloween (I actually went as Pedro from Napoleon Dyanmite), I have been re-reading JD Salinger’s The Catcher in the Rye, and I noticed an analogous relationship between at least a portion of Catcher and Alexander Payne’s movies (most notably, Election, About Schmidt, and Sideways). In Sideways, there is a scene where Maya (Virginia Madsen) explains to Miles that she likes wine because it is living, and is different every day. The day that you open it, it tastes different than it would be on any other day. Also, in Catcher, there is a part where Holden, while walking to the Museum of Natural History ponders:

“The best thing, though, in that museum was that everything always stayed right where it was. Nobody’d move. You could go there a hundred thousand times, and that Eskimo would still be just finished catching those two fish, the birds would still be on their way south, the deers would still be drinking out of that water hole, with their pretty antlers and their pretty, skinny legs, and that squaw with the naked bosom would still be weaving that same blanket. Nobody’d be different. The only thing that would be different would be you. Not that you’d be so much older or anything. It wouldn’t be that, exactly. You’d just be different, that’s all. You’d have an overcoat on this time. Or the kid that was your partner in line the last time had got scarlet fever and you’d have a new partner. Or you’d have a substitute taking the class, instead of Miss Aigletinger. Or you’d heard your mother and father having a terrific fight in the bathroom. Or you’d just passed by one of those puddles in the street with gasoline rainbows in them. I mean you’d be different in some way–I can’t explain what I mean.”

This alone seems like a rather weak link, but then I remembered, didn’t Mr. McAllister (Matthew Broderick) get a job at the Musuem of Natural History after he moved from Omaha? There is also a scene in About Schmidt where Warren (Jack Nicholson) visits The Great River Platte Road Archway Monument, and views exhibits similar to those described in Catcher. Perhaps even Warren’s deceased wive’s Hummel figures serve as this static artifact that contrasts with the constant change in the lives of the characters surrounding it.

I’m sure this concept of people being in a constant state of flux, contrasted by something unchanging is a literary theme that originates from before Salinger, but It made me wonder.

What do you think?